Lower your risk of cancer

The more naturally colorful your meal is, the more likely it is to have an abundance of cancer-fighting nutrients. Pigments that give fruits and vegetables their bright colors represent a variety of protective compounds: 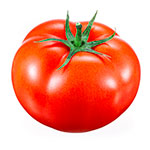 Foods such as tomatoes and tomato products, watermelon, and guava contain lycopene, an antioxidant that cuts prostate cancer risk. Tomatoes have also been shown to be protective against ovarian cancer in a study of 13,000 California women. Eating a half-cup of tomatoes five or more times a week may reduce your risk of ovarian cancer by up to 60%.2 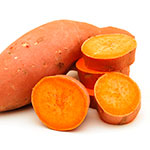 Foods such as carrots, yams, sweet potatoes, mangos, pumpkins, and squash contain beta-carotene. Beta-carotene is an antioxidant that supports the immune system and has been shown to exhibit anti-carcinogenic effects on stomach cancer by promoting cancer cell death.3 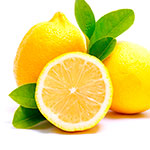 Foods such as oranges, lemons, grapefruits, papayas, and peaches contain vitamin C and flavonoids that inhibit tumor cell growth and detoxify harmful substances. Vitamin C is a powerful antioxidant that has been shown to be protective against almost all cancers, especially stomach cancer, throat and mouth cancers, and colon cancers.3 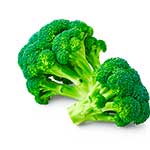 There is abundant evidence that suggests eating cruciferous vegetables, like kale, endive, bok choy, cauliflower, broccoli and cabbage, is associated with a lower risk of stomach, ovarian, breast, colorectal, and lung cancers. These veggies are also rich in glucosinolates, a compound which protects against cancer development and growth. They are also rich in the vitamin K that you need to help prevent diabetes, which will reduce your pancreatic cancer risk.3 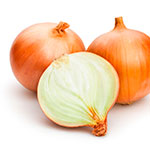 Foods such as mushrooms, garlic, onions, shallots, and chives contain allyl sulfides that destroy cancer cells, reduce cell division, and support the immune system. Women who frequently consumed these foods were found to have lower rates of ovarian cancer. Add these neutral-colored foods to your diet at least once a day.3 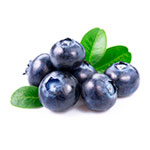 Anthocyanins is a phytochemical group which provides the darkest pigmentation in foods like blackberries, raspberries, cranberries, plums, blueberries, red cabbage and eggplant. Promising research indicates that anthocyanins may help to protect against several forms of cancer by inhibiting DNA damage within cells, slowing cancerous activities such as abnormal cell formation, enhancing apoptosis of cancerous cells and decreasing inflammatory pathways that stimulate cancer development.4

1. Available here: http://www.pcrm.org/health/medNews/vegetarian-vegan-diets-protect-against-cancers 2. Available here: http://www.doctoroz.com/article/anti-ovarian-cancer-diet?page=2 3. Available here: http://www.doctoroz.com/slideshow/colors-prevent-cancer-foods-rainbow 4. Available here: http://drjockers.com/the-unique-benefits-of-eating-colorful-foods/
© 2022 Plant-Based University® All rights reserved. Plant-Based University is a registered trademark of Plant-Based University.
Instagram  •  Facebook  •  Twitter  •  Pinterest  •  Blog  •  Our Story  •  Privacy Policy
Plant-Based Web Marketing by Russett Design
Disclaimer: *The materials and content contained in this website are for general health information only and are not intended to be a substitute for professional medical advice, diagnosis or treatment. Users of this website should not rely exclusively on information provided in this website for their own health needs. All specific medical questions should be presented to your own health care provider. Before making any change with your diet and exercise, be sure to consult with your physician. Do not change medications without professional advice.